The ACRE board is made up of voluntary directors whose role is to set out the charity’s strategic direction.

We are lucky to have a board with a range of skills and insight into rural communities that helps us make sure we deliver our charitable aims and objectives. 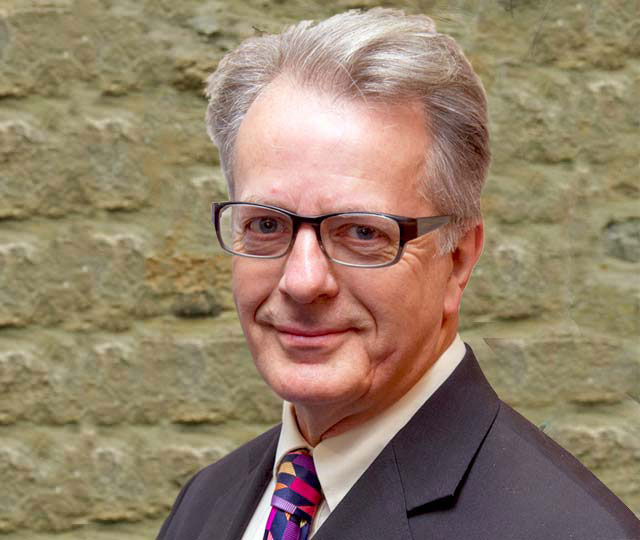 David was elected Chair of ACRE in 2014, and until 2017 he was the Chief Executive of the Association of Charitable Foundations (ACF), the professional membership association for the UK’s charitable trusts and foundations. With a background in geography, and landscape management, David first worked for Cheshire RCC before becoming Deputy Head of the then Rural Department at NCVO. Subsequently he worked in a variety of roles in professional theatre in the West End, abroad, & on TV, and then moved to run the membership association for regional theatre in the UK. David has co-authored four published books, including the first on ‘Only Children’, and he currently manages a wildflower meadow. David was awarded the CBE in the 2015 New Year’s Honours list. 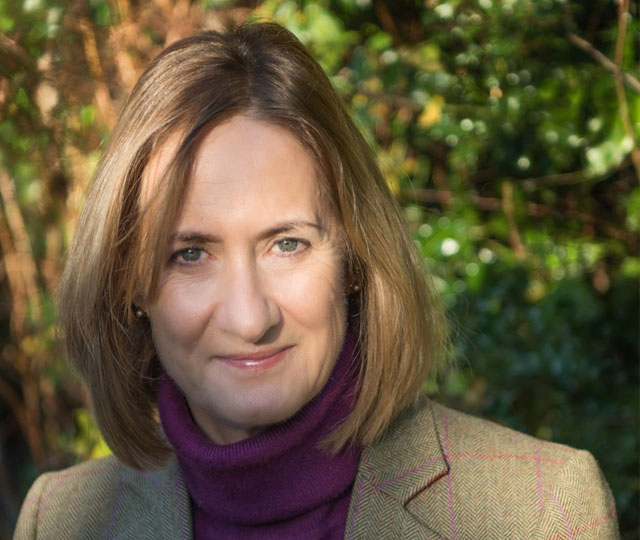 Jan was elected to the ACRE Board in November 2016 and she is an experienced ACRE Network Trustee, having previously served six years on the ACRE board. She is Vice Chair of Community First Yorkshire, Vice Chair of the Yorkshire Food, Farming & Rural Network and Deputy Chair of Grow Yorkshire. She is a Board member of the York & North Yorkshire Local Enterprise Partnership. She represents the Rural & Farming Network on the ESIF Growth Programme Board and ACRE and the RFN on various DEFRA committees. 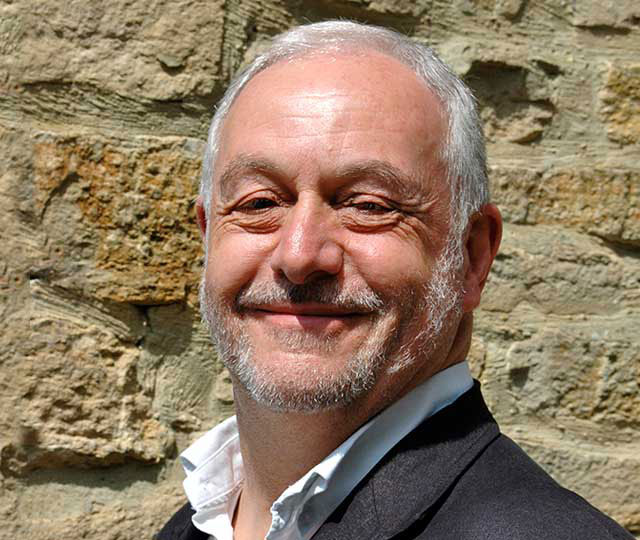 Professor Mark Shucksmith OBE is Professor of Planning at Newcastle University. He was co-opted onto the ACRE board in April 2014 and then re-elected in 2018. Mark was previously Professor of Land Economy and Director of the Arkleton Centre for Rural Development Research at the University of Aberdeen, a Commissioner with the Commission for Rural Communities from 2005-2013 and a member of the Affordable Rural Housing Commission. He is an expert on social exclusion in rural areas, rural housing, rural development, agricultural change and rural policy, and is the author of several books on rural housing and on rural disadvantage. Mark has coordinated numerous EU research projects and was awarded the OBE in 2009 for services to rural development and to crofting. 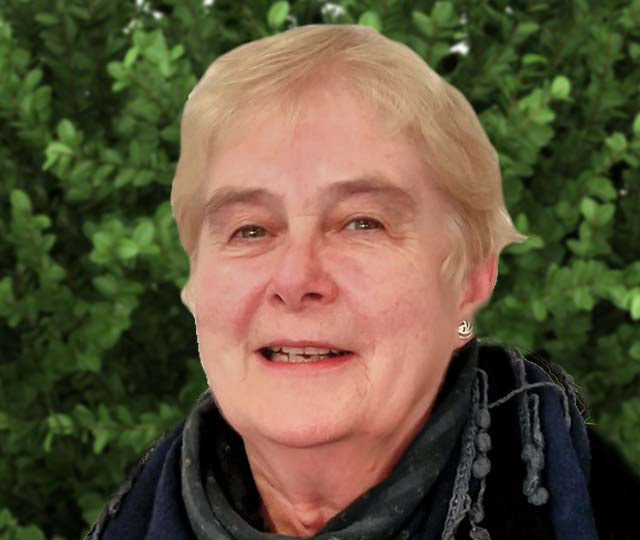 Doff Pollard was elected onto the ACRE board in November 2015. Doff’s knowledge and experience of the ACRE Network stems from her previous roles as an arts development officer in Devon, a senior rural officer and part time village halls advisor in Cleveland, and latterly as chief executive of Tees Valley RCC, where she retired in 2015. During her time at TVRCC Doff was also on the Broadband Reference Group, convenor and contact for Defra and the Tees Valley Network (RFN). Recently, Doff has become involved in health issues locally to her in Whitby. 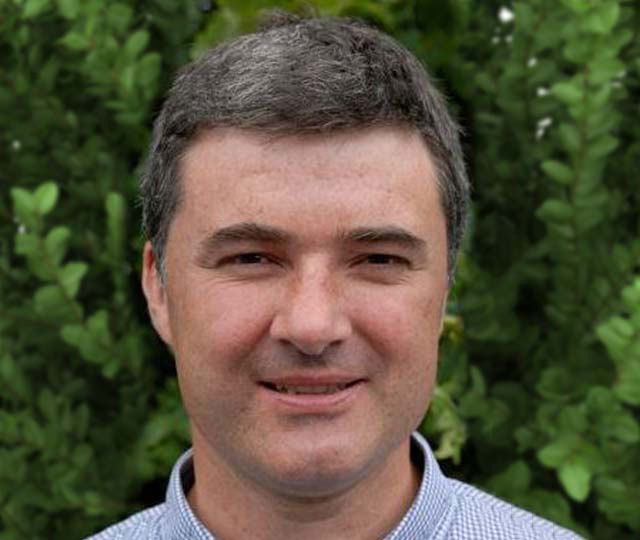 Dom was appointed to the ACRE board in March 2016. He lives in a small town in the Gloucestershire Cotswolds where he and his wife raised their 3 kids. After some time teaching he became a forester to pursue his love of trees. He has worked for environmental charities, the Civil Service, and public agencies in Wales, Scotland and England and is now Head of Land Stewardship at Natural Resources Wales. After 25 years a forester his focus has broadened to sustainable development, especially by rural communities. Dom is a Fellow of the Institute of Chartered Foresters, a Chartered Environmentalist, and a member of the Chartered Institute of Ecology and Environmental Management. He still loves trees. 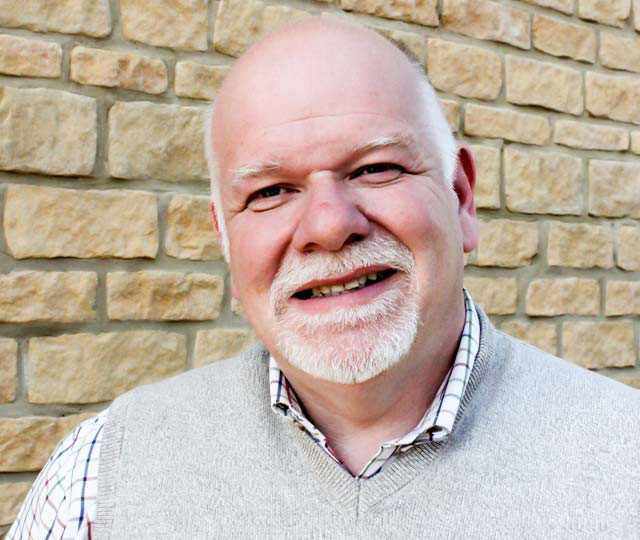 Ivan was co-opted to the ACRE board in February 2017. He is Managing Director of Rose Regeneration, the company he developed 10 years ago following 20 years in public service in the East Midlands. During an extensive career working at a UK wide level, with a particular interest in rural and coastal settlements, he has created a number of ongoing legacies including the groundwork to develop both Urban Challenge, the CVS in Greater Lincoln, and the nationally focused Coastal Communities Alliance. Ivan writes ‘Hinterland’, a weekly review of key news items for the Rural Services Network, and organises their annual seminar programme. He is chair of trustees at Rural Community Action Nottinghamshire, a Senior Visiting Fellow at Lincoln International Business School and is on the Editorial Board of the Journal ‘Local Economy’. He is also a Fellow of the Royal Society of Arts. 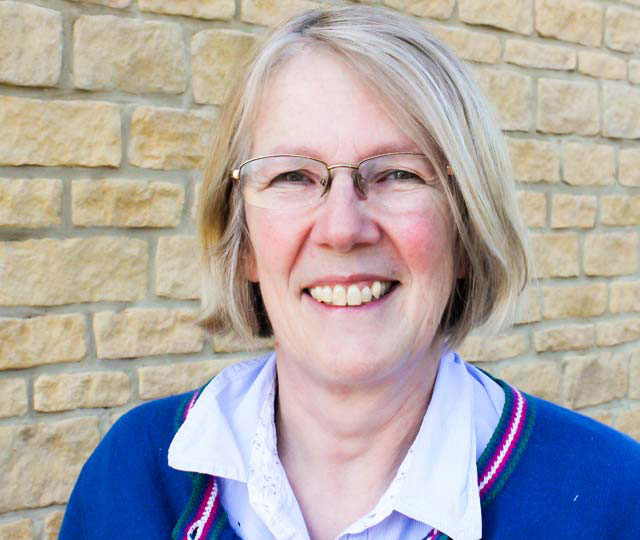 Louise was co-opted to the ACRE board in February 2017. She is an independent Community Buildings Consultant who has worked with the ACRE Network for over 40 years as a Community Buildings Adviser/consultant, latterly for Sussex, previously in Hampshire, as trustee for CDA Hertfordshire and Acting Director in Dorset. As ACRE’s Village Halls Adviser/consultant she led the successful campaign for 0% VAT on new halls, contributed to charity legislation, publications and research and helped establish Community Action Norfolk. Louise lives in West Sussex, where she is a member of the Aldingbourne Village Hall Trust and Community Land Trust. In 2021 Louise was awarded the OBE for services to rural communities. 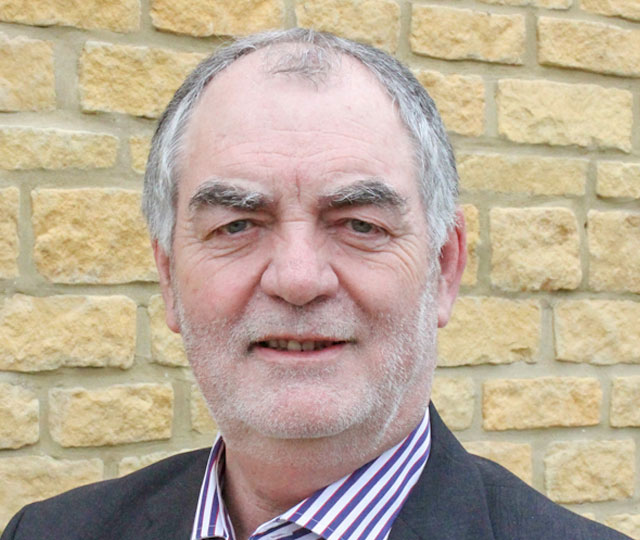 Charles was elected to the ACRE board in November 2017. He is from a farming background and retains an involvement in a family farming business. Charles has a BSC Hons Degree in Rural Estate Management from Reading University. He is a Fellow, recently retired, of the RICS (Royal Institution of Chartered Surveyors) with over 42 years professional experience in the management of property, mainly in the public sector. He has been a parish councillor since 2014 and Chairman since June 2021 and has responsibility for coordinating planning related issues, including leading on the successful adoption of a Neighbourhood Development Plan. Charles is currently Chair of Gloucestershire Rural Community Council. 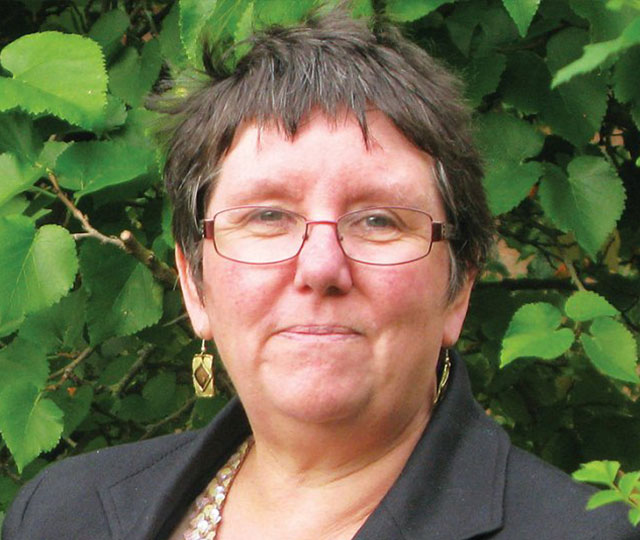 Elaine was elected to the ACRE board in November 2018. She has worked in the voluntary sector for over thirty years and a former chief executive of two ACRE Network members; Connecting Communities in Berkshire and Devon Communities Together. Having lived in rural communities for most of her life, she is only too aware of the issues that face many of Devon’s rural residents and firmly believes that with the right support communities can come up with their own solutions to meet local needs. She has a particular interest in healthy communities, her career has included setting up, and supporting voluntary organisations working with; pre-school children and their families, carers, the victims of domestic violence and the learning disabled. She has worked alongside colleagues in both the public and voluntary sector and has held seats on a range of statutory bodies and boards. 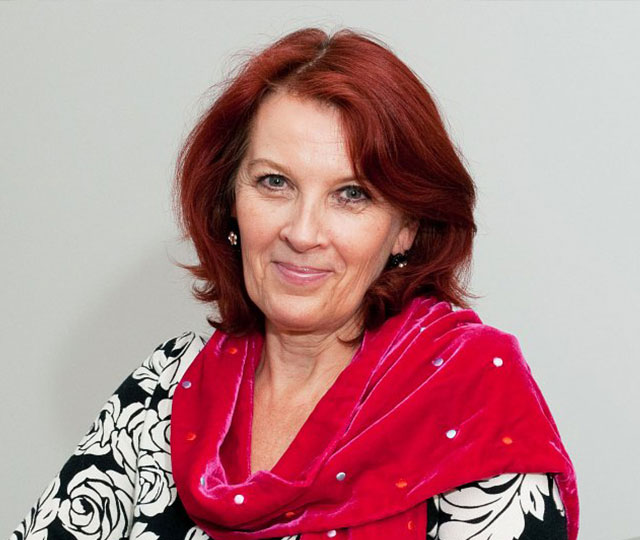 Sue was elected to the ACRE board in November 2018. She has 20 years experience of working with rural communities, including being the CEO of two ACRE members. She is supportive of and committed to the national work of ACRE and the local work of its members. Sue has been a trustee/director of local, regional and national not-for-profit organisations. She understands the requirements of good governance, based on the Nolan principles, and believes that good governance is vital for all organisations, but especially for those in the not-for-profit sector. Good governance, in turn, requires good team work, honest self-assessment and keeping up to date with strategic and regulatory requirements. As someone who ran a School for Social Entrepreneurs for eleven years, she encourages creative thinking and entrepreneurial ideas. 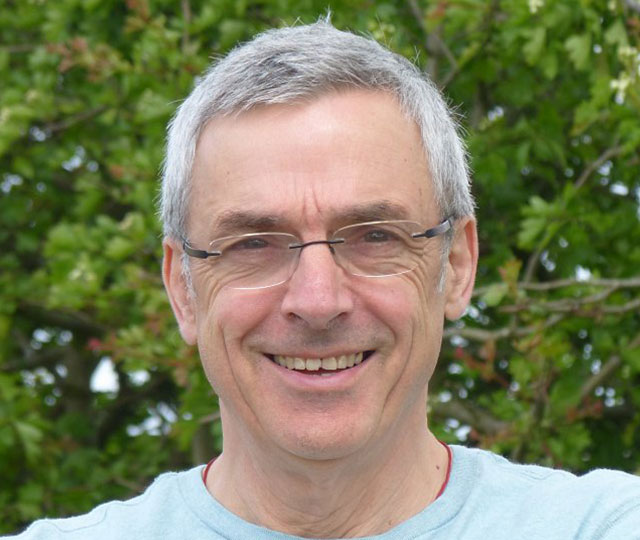 Nigel was elected to the ACRE board in November 2018. His career has been concerned with UK and international rural development issues. As an academic he founded and developed the Countryside and Community Research Institute at the University of Gloucestershire and the Royal Agricultural University from 1986 to 2012. Nigel’s particular interests lie in sustainable development, the rural economy, rural social structure and rural community empowerment. He has held many positions in public service and serves on the board of many charities. 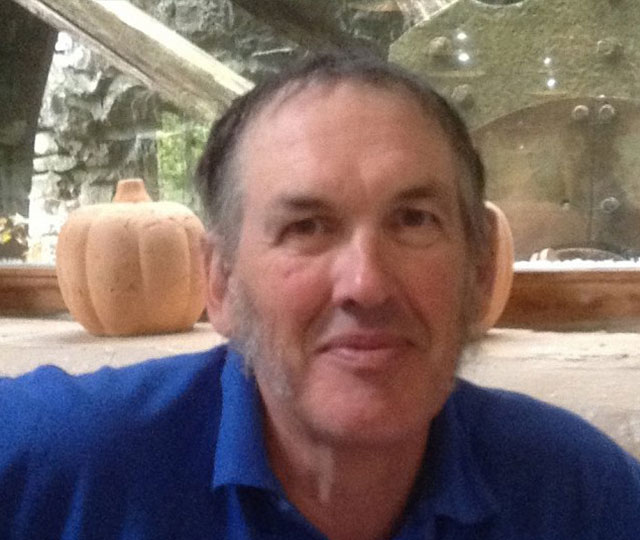 Jim Webster was elected to the ACRE board in November 2018. He has lived and farmed in the far south of rural Cumbria all his life. In the 1970s he was involved in the voluntary management of the YHA, on regional and national councils. From the 1980s Jim has been heavily involved with the CLA, at county and national level. After FMD he was asked if he would act as the CLA’s National Livestock Adviser and as an NLA, he was a self-employed contractor for ten years dealing with Defra, FSA, RPA, and Trading Standards at all levels, on a very regular basis. He has represented the CLA at a county level in a number of areas: the local Police Liaison committee and the NW Flood Defence advisory committee, among others. After FMD he joined the Farm Crisis Network as a volunteer, taking on mainly casework, helping farmers cope with stress and mental health issues. Jim has a deep commitment to Rural people and became a trustee of ACTion with Communities in Cumbria, the ACRE Network member for Cumbria in 2014.