Reflections on a decade of neighbourhood planning

Reflections on a decade of neighbourhood planning

Phillip Vincent, ACRE’s Communications Manager and author of the Community Led Planning Toolkit, considers the successes and weaknesses of neighbourhood planning in this blog written for Clerks and Councils Direct.

I recently attended a ‘roundtable’ led by academics and comprising various alumni of the community planning world on the future of neighbourhood planning. What struck me was how many of the concerns ACRE raised in response to the original legislation over a decade ago, still hold true today.

The premise of neighbourhood planning was to give communities a new statutory right, or in layman’s terms, ‘clout’, in the planning system. The logic of localism that prevailed at the time said that local communities had been ignored for too long, and that active citizens must be provided with new ways of holding the old guard (local authority planners) to account. They could, with a little support, come up with land use plans for the future of their neighbourhood that compliment, rather than conflict with strategic plans for wider area. In this brave new world – as the rhetoric would have it – communities would be free of the shackles of top-down bureaucracy and control.

But what has come of this vision of localism? And what can be learnt of the experience of neighbourhood planning over the past decade for those thinking about embarking on this type of exercise? 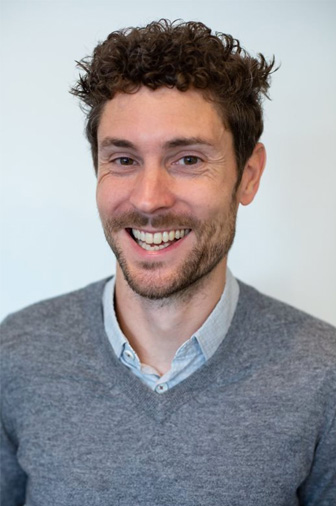 Take up of neighbourhood planning has undoubtedly been extensive.  A government database shows there were about 2,800 known neighbourhood plans in at the end of 2021, of which just under half were already formally ‘designated’ (as planning policy). But a summary of research presented to the roundtable event shows there has been a higher take-up in more affluent rural and semi-rural areas who largely benefit from stable communities and active local government bodies.

Lower take-up of neighbourhood plans in more deprived and urban areas may be partly explained by the technocratic (and often costly), legal process and considerations involved. Plans need to be made in a prescribed way, have support at a local referendum, and pass an examination according to three ‘basic conditions’ – all of which can be tricky for those unfamiliar with the mysterious world of planning policy to negotiate. The condition that plans must have general conformity with adopted local plan policies has been a particular bugbear – with many communities rushing to get their neighbourhood plan designated ahead of area-wide development targets. This was always going to be a big opportunity for planning consultants!

Another topic of conversation at the roundtable was a general concern that many neighbourhood plans are limited in focus, often concerning themselves with single planning policies or the development of specific sites. This is no problem in and of itself, however it was suggested that in taking this myopic approach, communities miss the opportunity of appraising their needs in the round. This contrasts with what ACRE members previously knew as Community Led Plans – informal action plans developed by communities which placed an emphasis on involving as many people as possible in a discussion about the future needs of their local area. Such plans would commonly result in a spectrum of initiatives, from litter picks to homework clubs, and local growing schemes to working with the local authority to secure more affordable housing using existing planning policy mechanisms. Perhaps most importantly, they provided a practical framework that gave communities confidence they could meet many of their own needs by coming together and taking action, over and above influencing wider policies or expecting the state to deliver more for their area.

Which leads onto the last and perhaps most important concern that we raised about neighbourhood planning when it was being introduced by Minister’s intent on creating something new back in 2011; that of democratic accountability. As a pre-condition of being designated, neighbourhood plans need to pass a local referendum with a simple majority. However, there are no requirements relating to turnout or the process by which residents should be involved in the making of plans up to this point. This is not to say that neighbourhood plans cannot be accountable to local communities – many are – it is simply that it’s possible for a small group of interested citizens to put something together, without fully considering the needs of others, or at worst, those who stand to be affected the most by their decisions. On the plus side, there are lots of different consultation methods that can be practically deployed by those producing neighbourhood plans to understand local needs and get people on board including surveys, neighbourhood walks, ideas boards, focus groups, model making, and much more!

Despite these shortcomings, the reality is neighbourhood plans remain a powerful tool for local communities to have greater influence over future development.  And there is plenty of support and advice available such as that detailed on Locality’s comprehensive neighbourhood planning website.

But if you would like a chat about whether a neighbourhood plan is right for your community, or how you could engage local residents about a wider range of social, economic or environmental considerations, do contact your local ACRE member as they will more than likely be able to help.